Passing the McDonald’s in Kreuzberg the day before yesterday, the one they were allowed to build directly opposite a sixth-form college (Fachhochschule), I saw that they were shooting a video. For this video, they’d taken the normal green fence down and replaced it with a line of potted privet plants. They love shooting their commercials in this McDonald’s. I bet the increasing size of the pupils opposite plays no part. 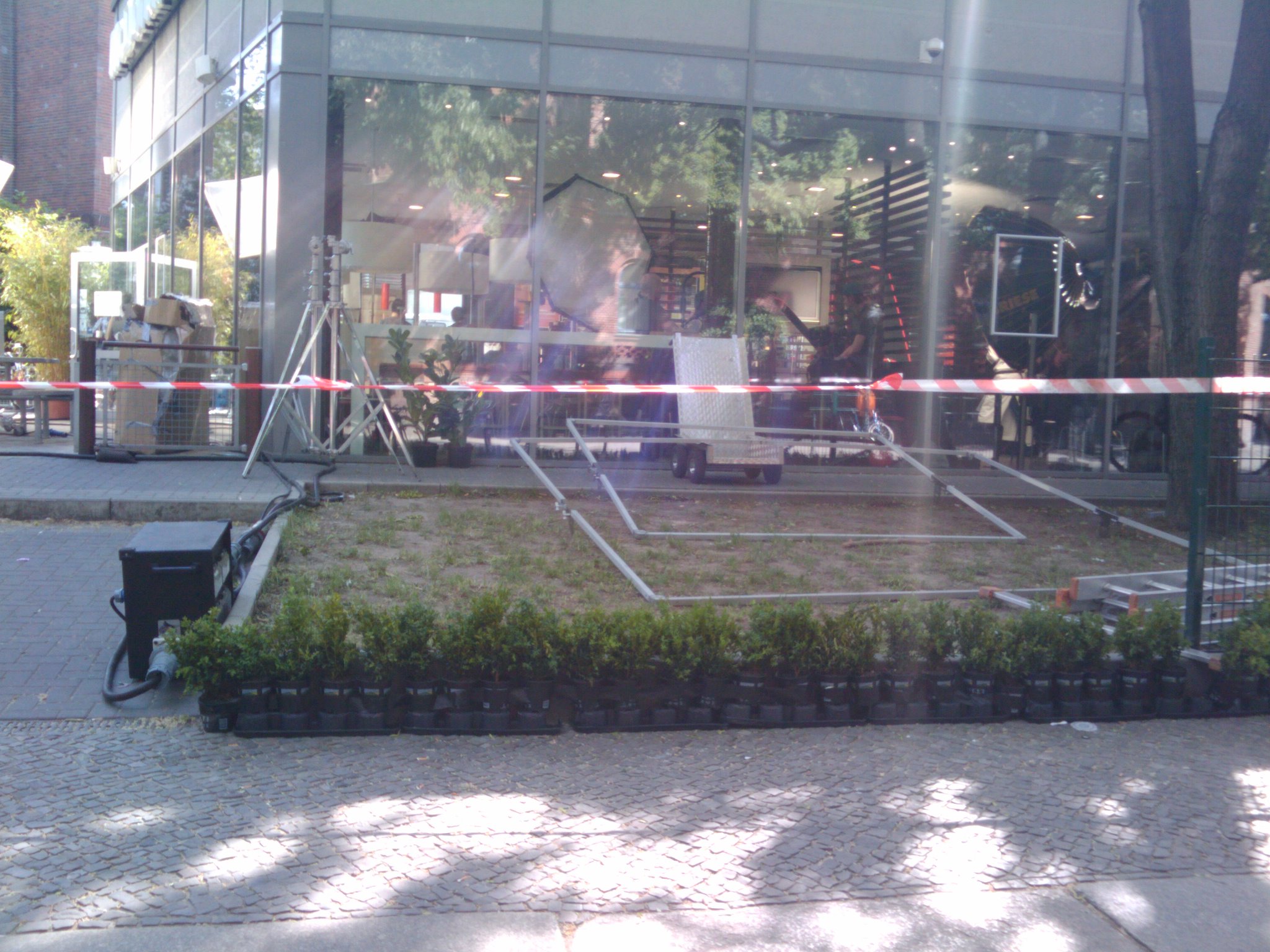 As I was cycling back late that night, I saw that they were still at it. Two of the employees of the company that had got the job of shooting the video where having to adjust the position of a floating ‘Golden Arches’ sign on the street, presumably to include it in a shot. 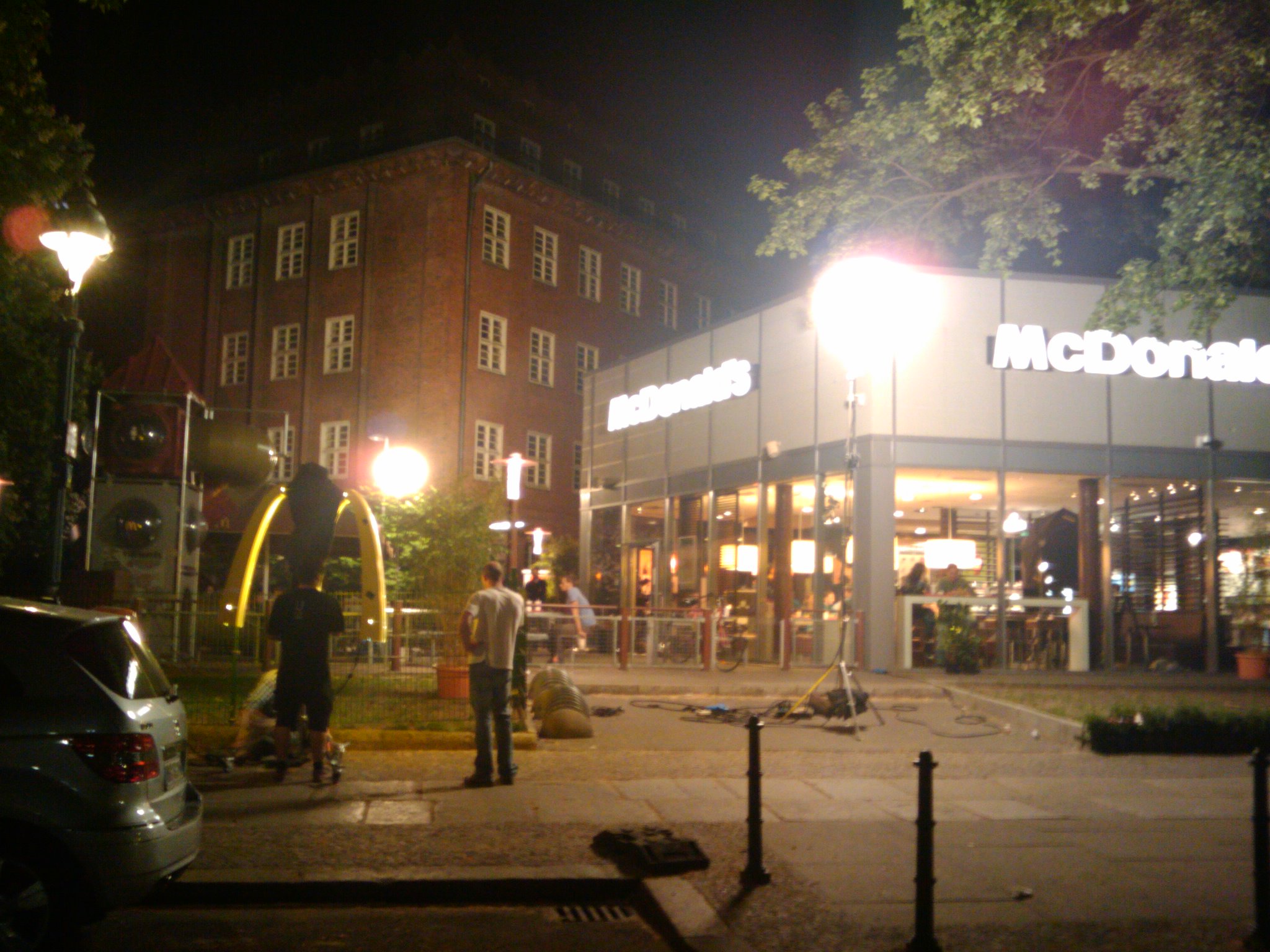 Apparently, the site of this McDonald’s was on the plot of a house that Konrad Zuse and his parents lived in.

This entry was posted in Diary. Bookmark the permalink.