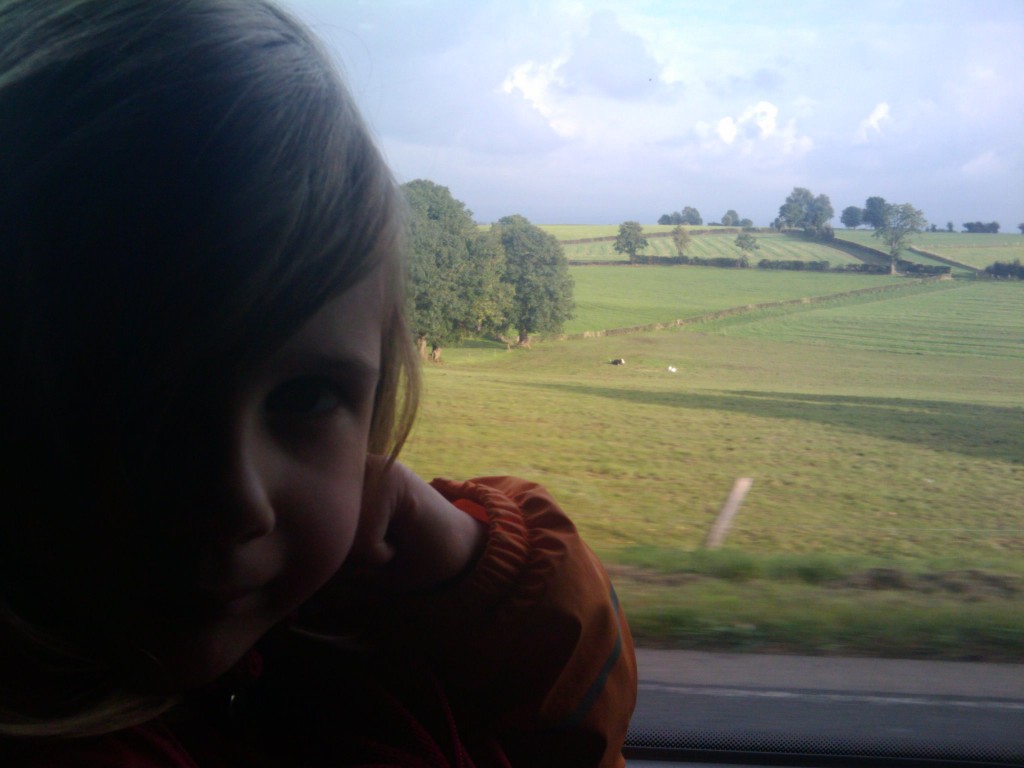 Ruby on replacement bus going to the Sideways Festival in Zutendaal

We had a bit of a difficult journey to Zutendaal involving a bus replacement service between Aachen and Verviers but we finally made it to Maastricht and then took a taxi to where we were staying, which was a sort of Belgian Truman Show set 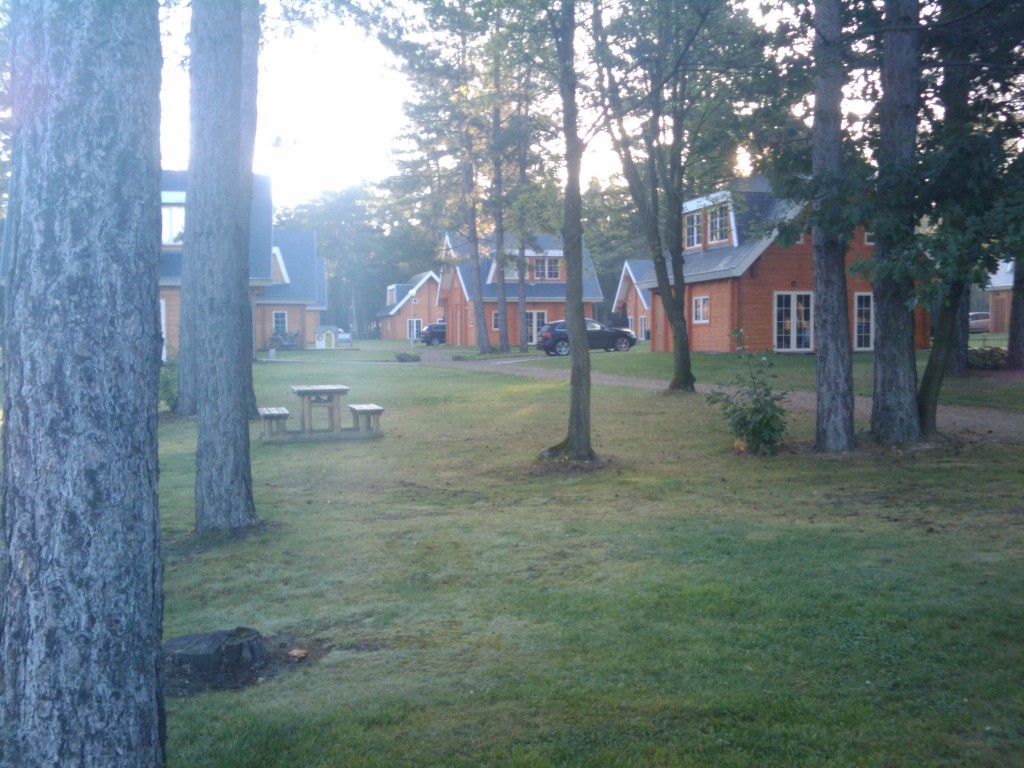 but very comfortable to stay in for the people of the Sideways Festival and the Walking Artists Network, who had generously offered me a bursary to be there and to bring Ruby.
Friday 14 September 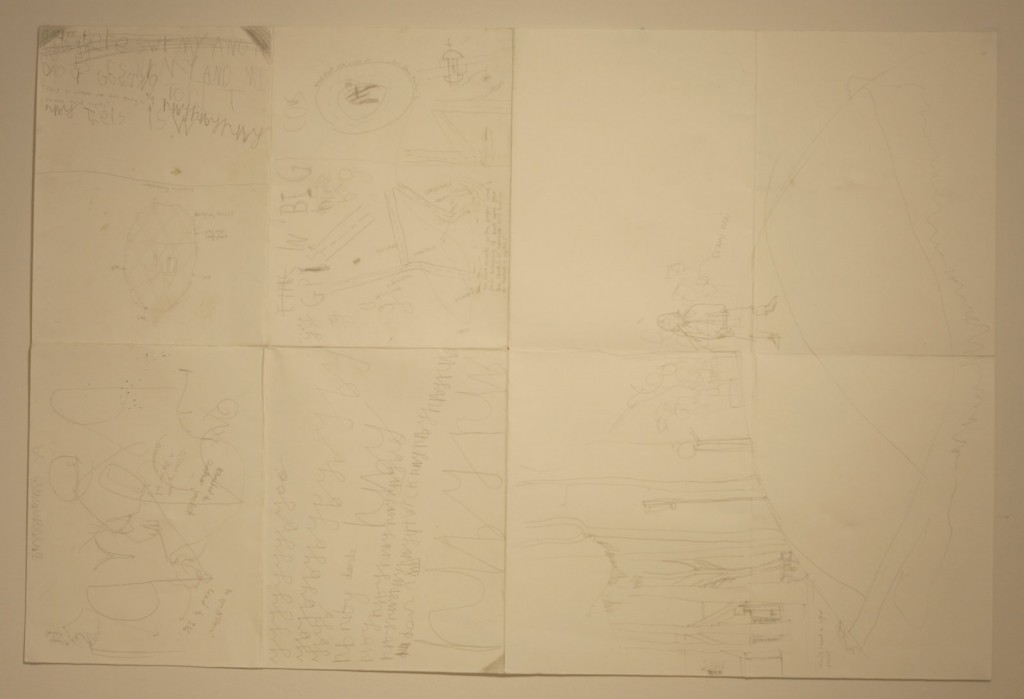 We, the Walking Artists Network [WAN], chaired by the fantastic Clare Qualman (who’d been so patient and lovely in the lead up and was wonderfully friendly and welcoming on arrival) and Mark Hunter, introduced ourselves and then began to make suggestions for what to do in the afternoon, posted them on post-its and got doing stuff. I proposed a dowsing session, not really wanting to dictate how people should do it. It was fun, but left me with a sense that I should inform myself about the techniques as people seem to want some guidance on it. I was reluctant to impose my self-developed ‘technique’ on everyone but perhaps it would have been more honest to, in some ways. In any case, it was fascinating to me how many of the WAN wanted to try it out, including some hard skeptics, open minded enough to give it a go. 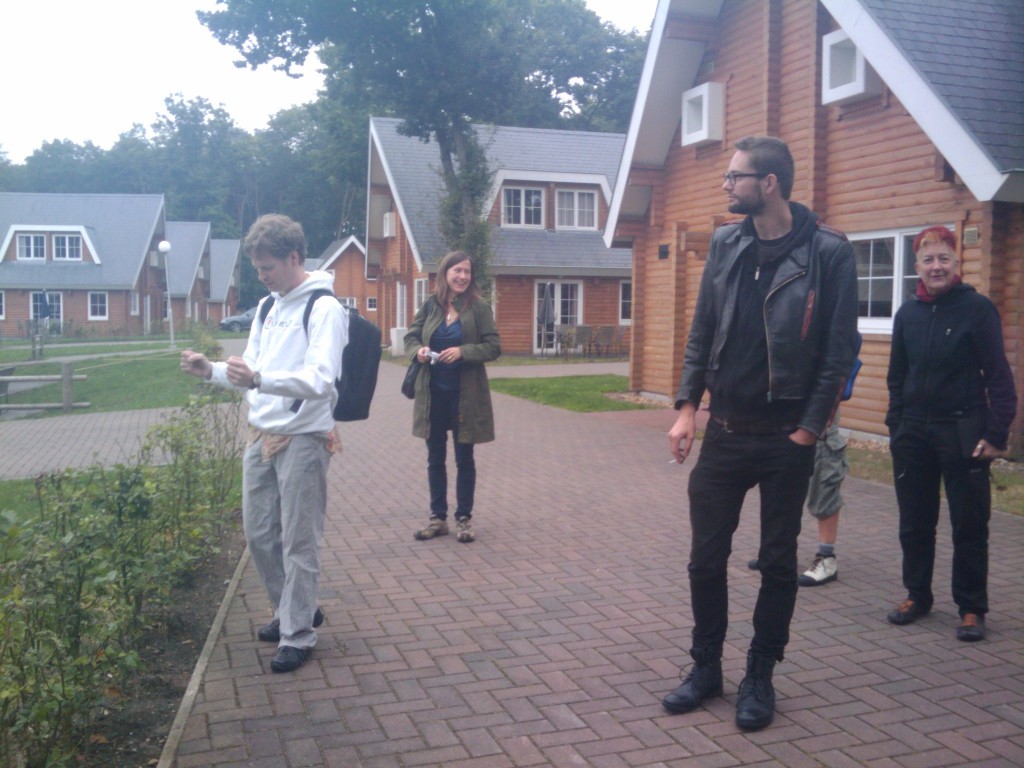 Dowsing with the WAN 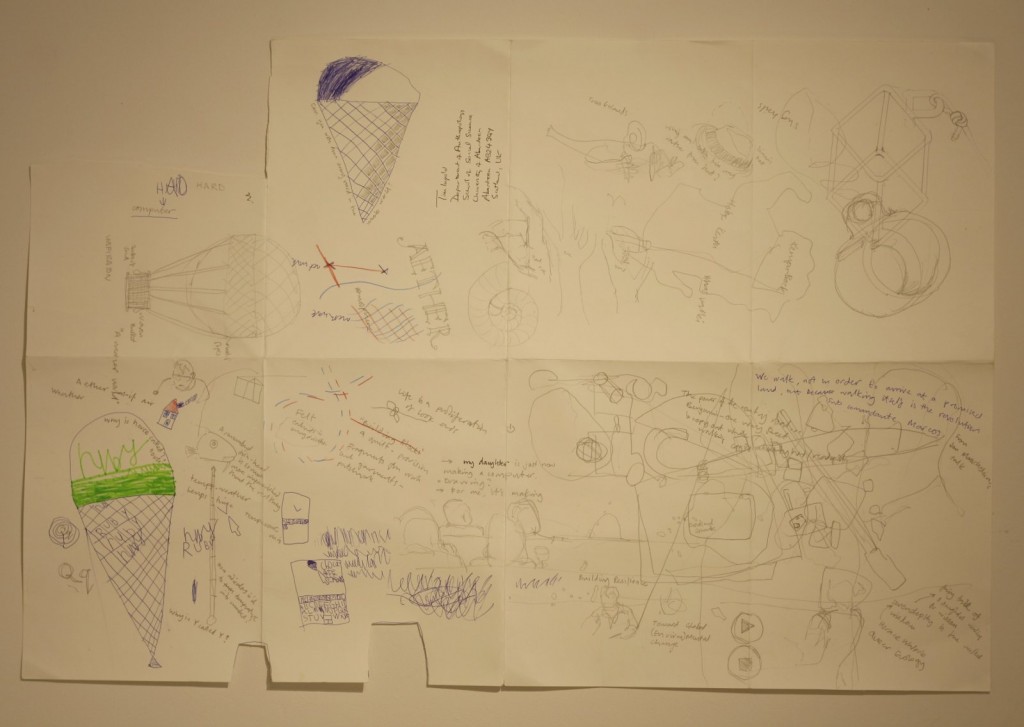 As promised in this earlier post, I’d taken some large sheets of good-quality paper with me with the intention of collaborating with Ruby on drawing and perhaps documenting walking with them. After the first, rather tentative attempt, I felt that we really got into our swing listening to the speakers of the conference, including Sacha Kagan, Jan Masscheleien and the very inspiring Tim Ingold, who’s writings have had a large impact on our thinking about our work.
Later, there was a chance to catch up with what some of the artists of the Sideways Festival had been doing outside in marquees dotted around the park, a ‘Barefoot Trail’ that Ruby enjoyed until she fell in a particularly muddy part and a fantastic promenade performance sound-walk by Orquestina de Pigmeos.
This was the drawing we made on the journey back 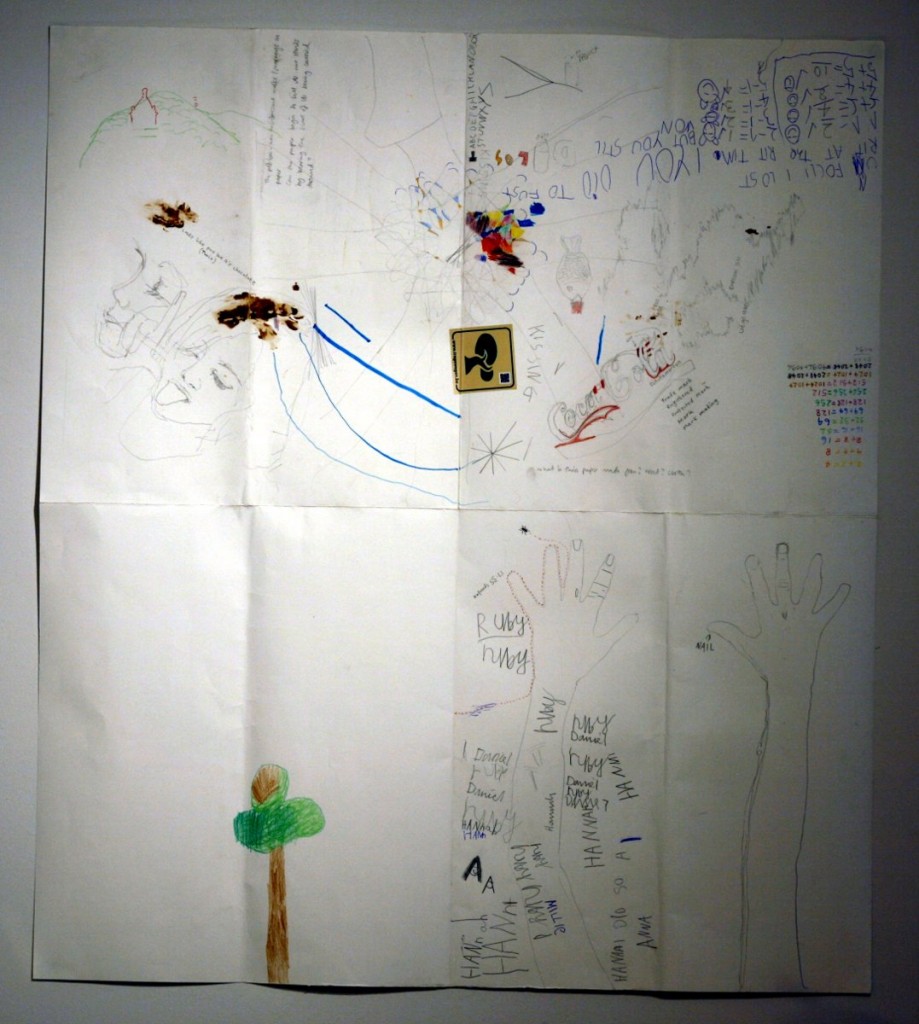 It was a wonderful weekend of meeting fantastic people and I left feeling utterly inspired and revived.
This entry was posted in Diary, Walking and tagged Belgium, conference, dowsing, Sideways Festival, Walking Artists Network, Zutendaal. Bookmark the permalink.