I think I’m someone that has to have a couple of things on the go. Alongside thoughts about Digital Dowsing and the news that the Broadway in Nottingham is going to produce Soul Walker, I have been thinking about another strand to our GPS trace work ever since seeing this kind of thing in the Science Museum in London, when my Dad and I took Ruby in the summer: 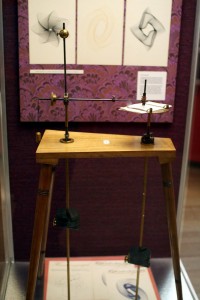 Harmonograph in the Science Museum, London 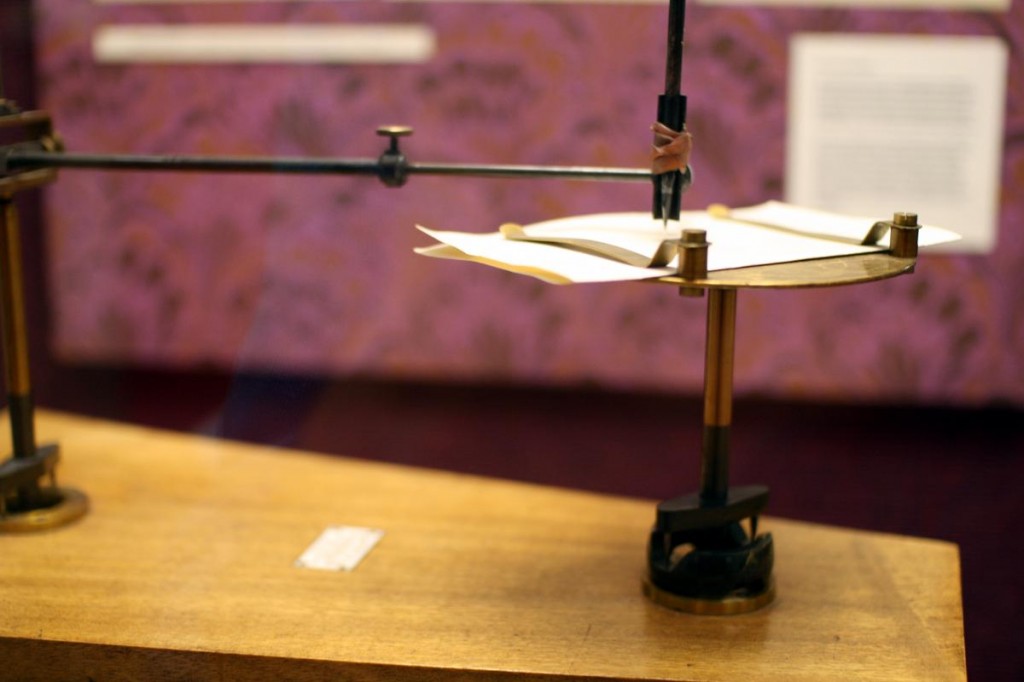 …I decided to think about Drawing Machines that I could walk with, cycle with or have on my lap on a train journey. They would record, in their own way, the journey in terms of the various lateral forces. This is by no means a novel idea, as anyone who has sat on a train or bus with a notebook open in their lap and a pen or pencil held loosely in their hand would recognise, but I want to investigate it because I am fascinated by the machines themselves as well as their outcomes. A collection of these aleatory drawings could be a nice foil to the GPS drawings.
To this end, I have been making a number of sketches in my sketchbooks, investigating a number of approaches: 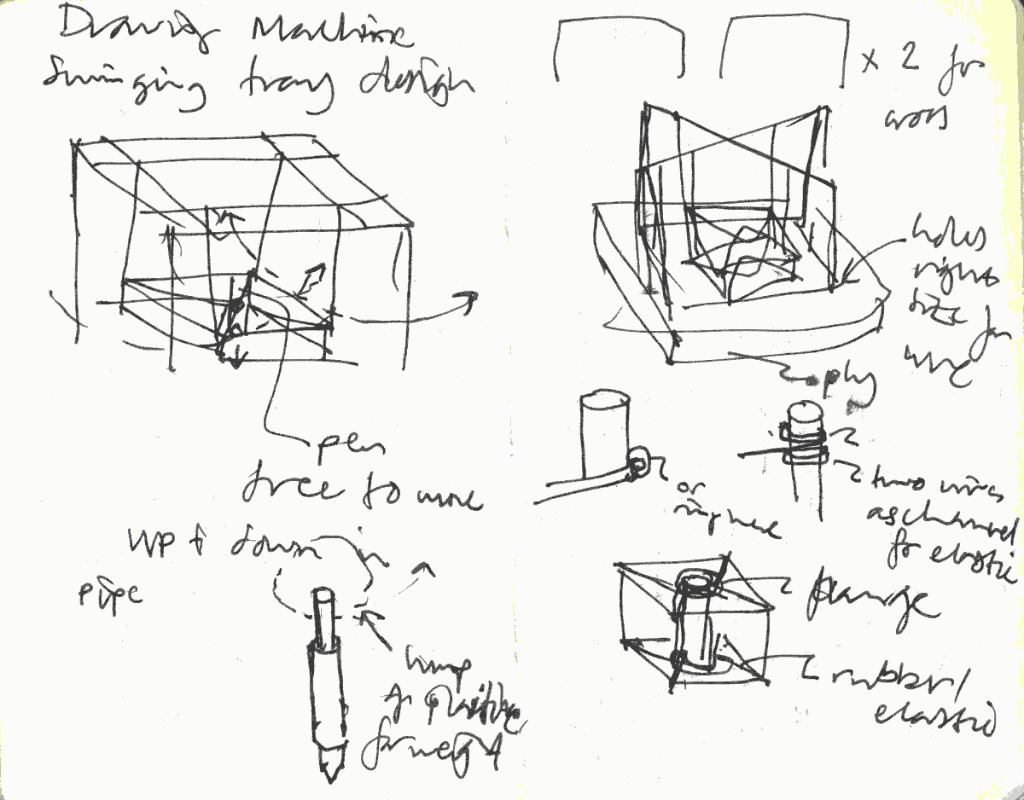 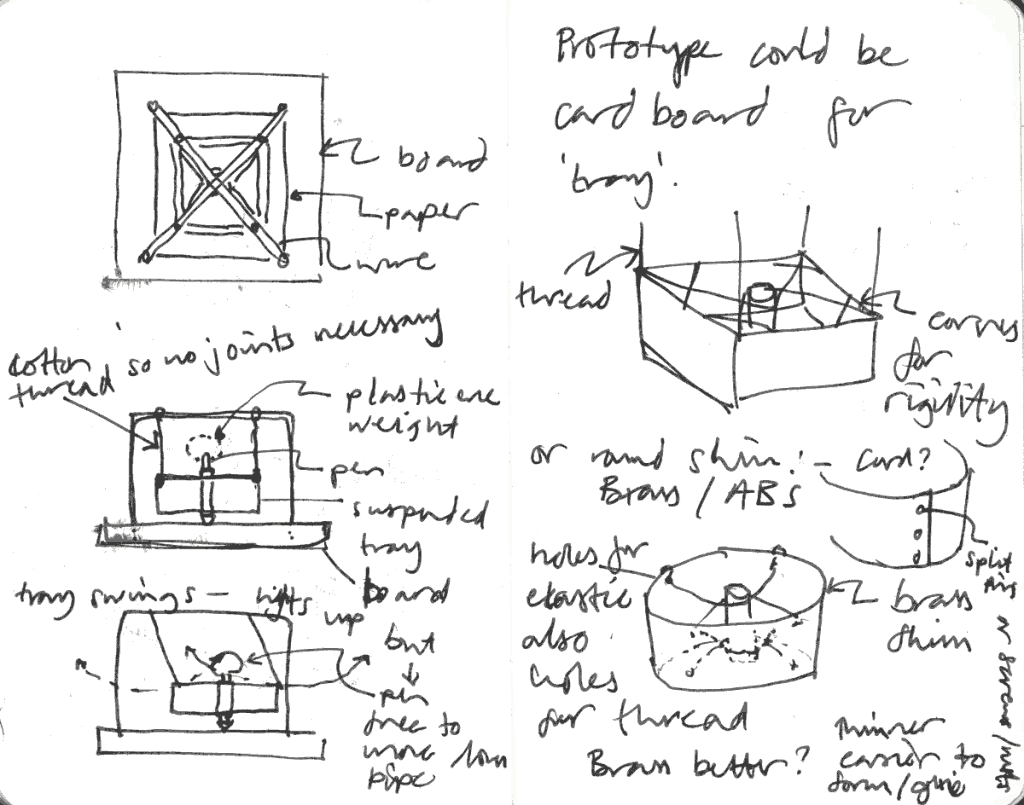 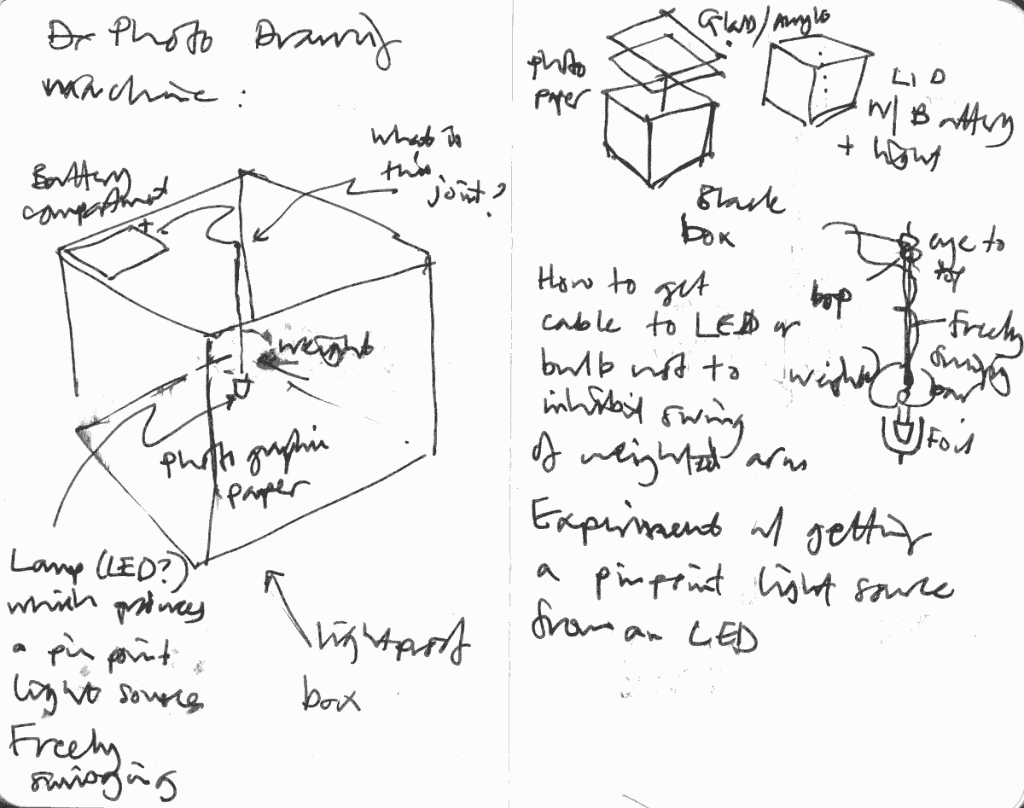 The first two show the same design which is a freely swinging tray that holds a pen suspended in elastic like a microphone holder sometimes is. This design has the drawback that as the tray swings, it lifts the tray higher and therefore perhaps the pen from the paper at the swing extremities. The design I have decided to work on eliminates this problem and was inspired by an image on the the wikipedia harmonograph page which shows the drawing surface itself moving freely with a pen on an arm.
The last sketch is for an entirely different approach which also addresses the problem of swing raising the pen and works with photographic paper and a swinging LED in a light-proof box. I’m going to concentrate on the mechanical one first and see where it gets me. 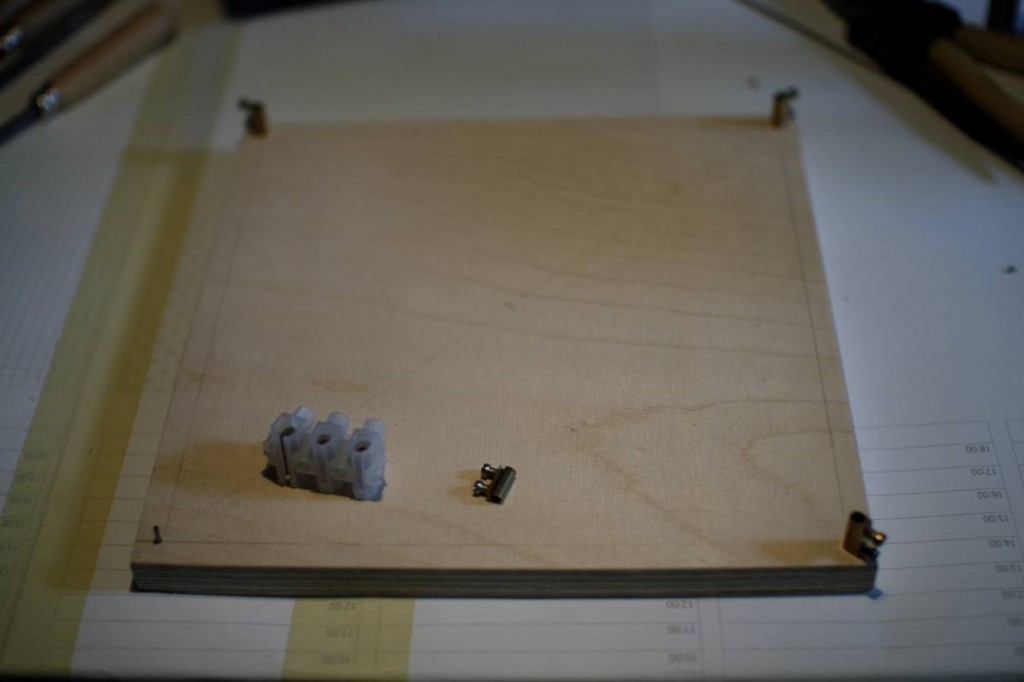 Here you see my secret weapon: someone once showed me, when I used to make props for a living, how electrical terminal blocks have neat little brass findings inside them with one/two grub screws all nicely finished and precise. You just cut them free with a craft knife. 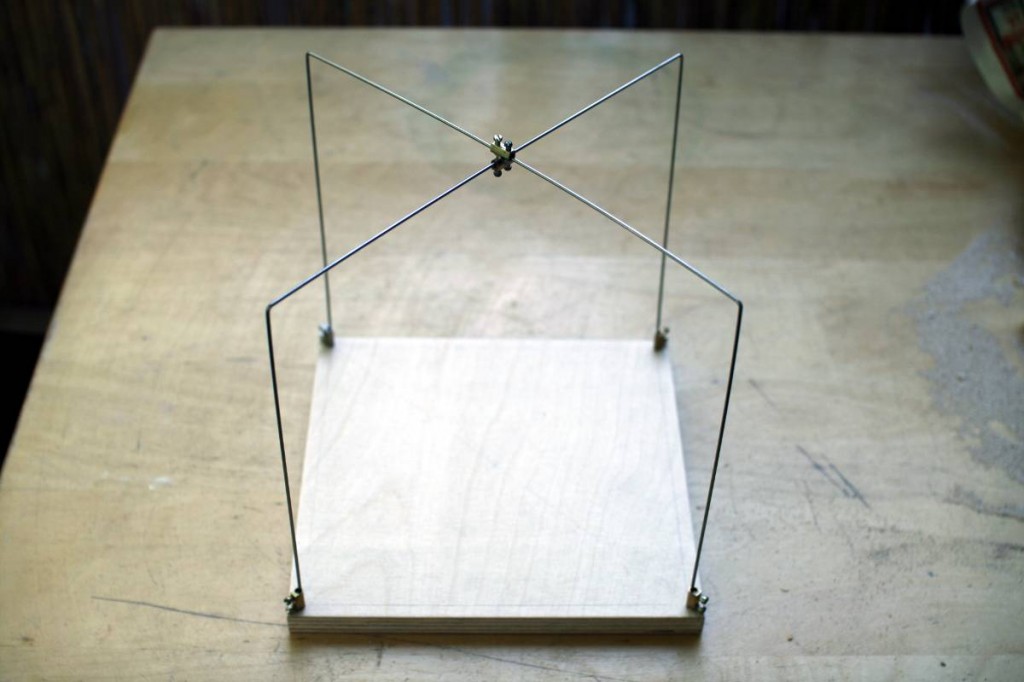 Here you see that I’ve bent the piano wire and screwed the ends to the corners of the base plate and made a right-angled joiner at the top crossing of the wire by soldering two terminal block innards together.
Now to work out how to suspend the smaller plywood platform which will hold the paper so that it can move freely and also find a way of making the pen arm.
This entry was posted in Diary and tagged drawing, drawing machine, making, metalwork, woodwork. Bookmark the permalink.