First week of Soul Walker residency at the Broadway, Nottingham

I arrived in Nottingham on Sunday and was picked up by my friend Dave with whom I’m staying between Derby and Nottingham. Thanks, Dave and Laura, if it wasn’t for you, these trips to Nottingham to hook up with the MRL, or the Nottingham Geospatial Institute, or indeed Broadway itself, wouldn’t be feasible. On Monday, Mat Trivett and I attended the talk organised by Nottingham Trent University’s Future Factory (can’t link to them – they’ve only got a facebook page – go figure) about a commercial material library called Materio. As this was not so relevant for my work, being aimed at commercial product design professionals or students, we snuck back to the Broadway.

The intention is to work on the Soul Walker project but Mat’s programme is brand new, so lots of things are not currently in place, like a programmer to help me design an iPhone and Android app, or a designer to talk to, we decided to switch focus and try out the GPS neighbourhood frequency map idea that we’ve been meaning to so for ages.

The idea is to look at our GPS traces around our home (I’ve decided to use our current home, as we moved this year) and build up a new terrain out of the tracks that build up around where we live, the streets we infrequently go down being represented by a low ridge whereas the frequent streets building up a mountain range out of the topology.

This is something that is produced automatically when we have used a laser to cut into the back of acrylic sheet and we thought it would be simple to synthesize this data to be able to send it to a digital printer or even cnc router but it isn’t.

Talking to Ivan Seal one day, he had the brilliant suggestion of trying it in clay by hand, much as we have done in the past with our redrawing of our traces, using Peter Vasil’s OpenFrameworks application.

So this is the new plan for the rest of the week. After a quick trip to Carrington Pottery where Guy Routledge sold me a 12.5kg bag of red modelling clay – so much better than going to an artists’ or hobby supplies.

Now I’m hacking together a way of projecting the tracks onto a bed of clay and luckily, there was an old overhead projector head in the cupboard here which is fantastic for the job, after a bit of mounting with balsa wood from Gee Dee models next to the Broadway which I used to go to 26 years ago in 1986 when I was first in Nottingham studying Theatre Design at Trent Polytechnic. 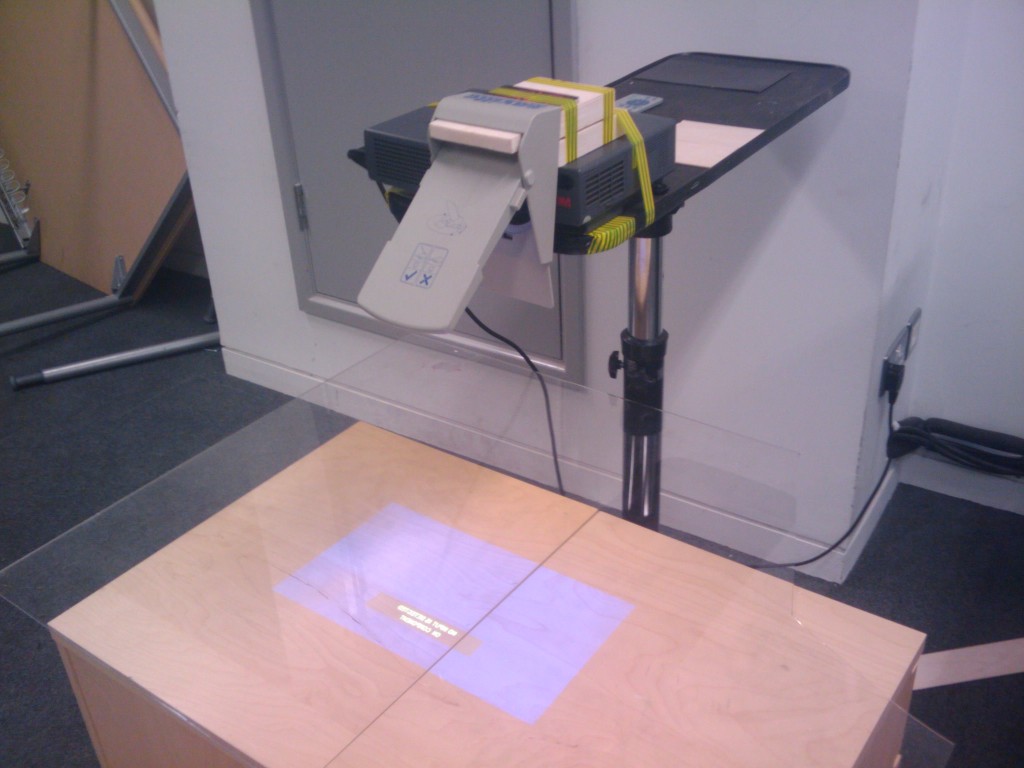 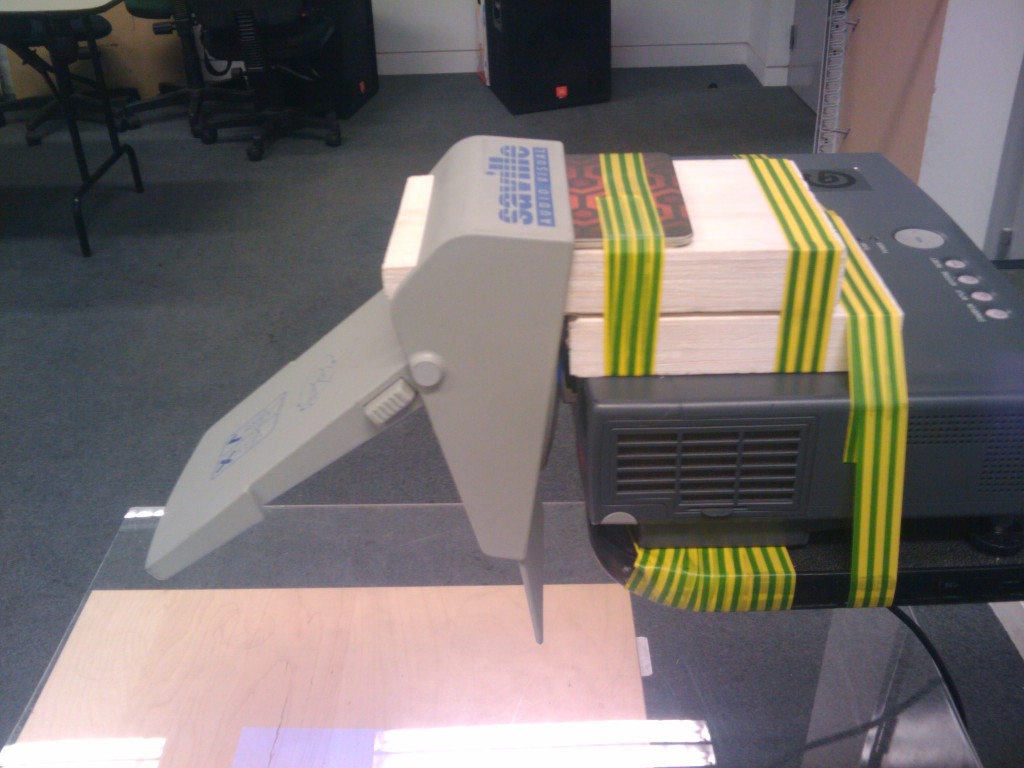