Clay and Plaster Frequency Map I 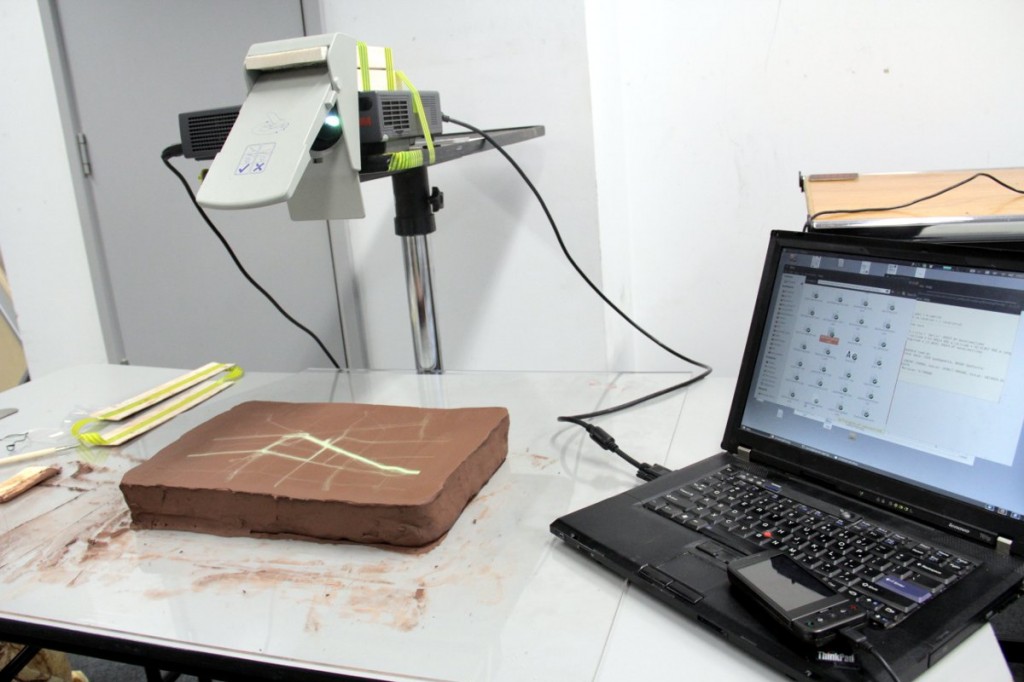 This shows the setup, with my computer running Ubuntu Linux and the software Peter wrote for us in OpenFrameworks. The OHP hack is previewed in the previous post.

Peter worked closely with us to adapt the animation software so that we could use it in this way for our redrawing projects. There are several modes, one to view the whole data set, one which shows the current track segment in yellow (or any colour you set) against the tracks so far, one which only shows the current track segment. You can set the position and zoom of the data set so that it is identical when you start up again and you can set an sql query in the settings so that you narrow down the data set. It’s such a privilege to be able to work with bespoke software. We can’t reward Peter enough for his efforts but I hope he gets some sense of how much he’s helped our practice in the past couple of years. 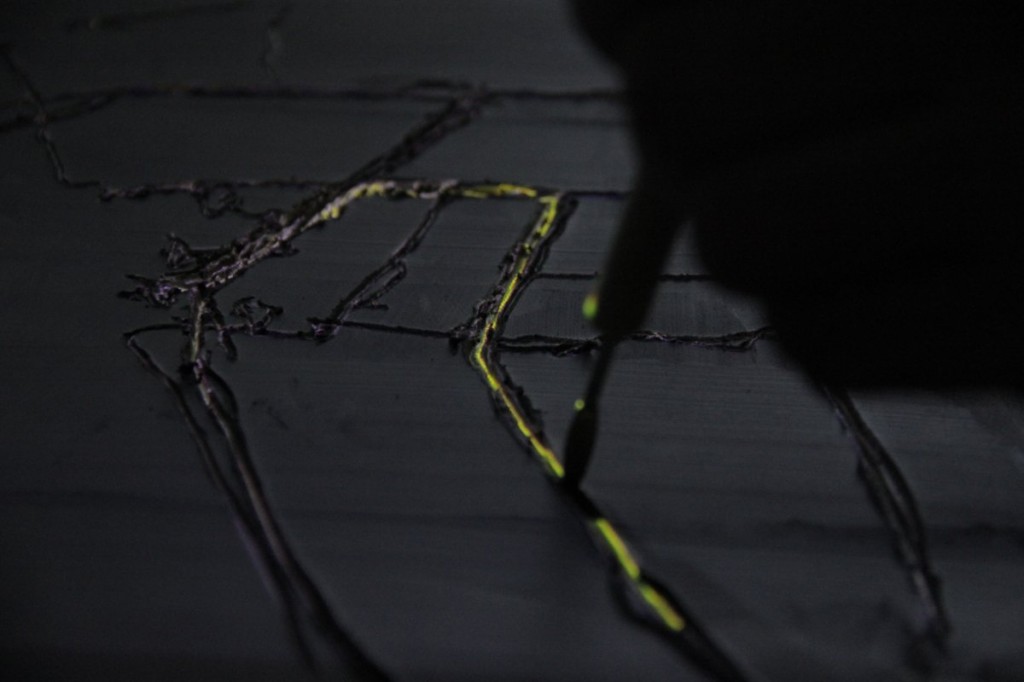 Gouging a line out of the clay

The task was then basically to gouge out a line for every track segment, gradually carving deep gullies into the clay. I really enjoyed this process, so different from sitting looking at emails or writing proposals, listening to Radio 4. Even though I left the image flipped by the mirror so that the plaster positive would be the right way round, I had a real sense of the journeys I made around our flat this year, taking Ruby to school, going to the market and the playground, getting the underground (which is partly overground where we live). I also enjoyed the feeling of carving my own rut in material that is essentially earth. 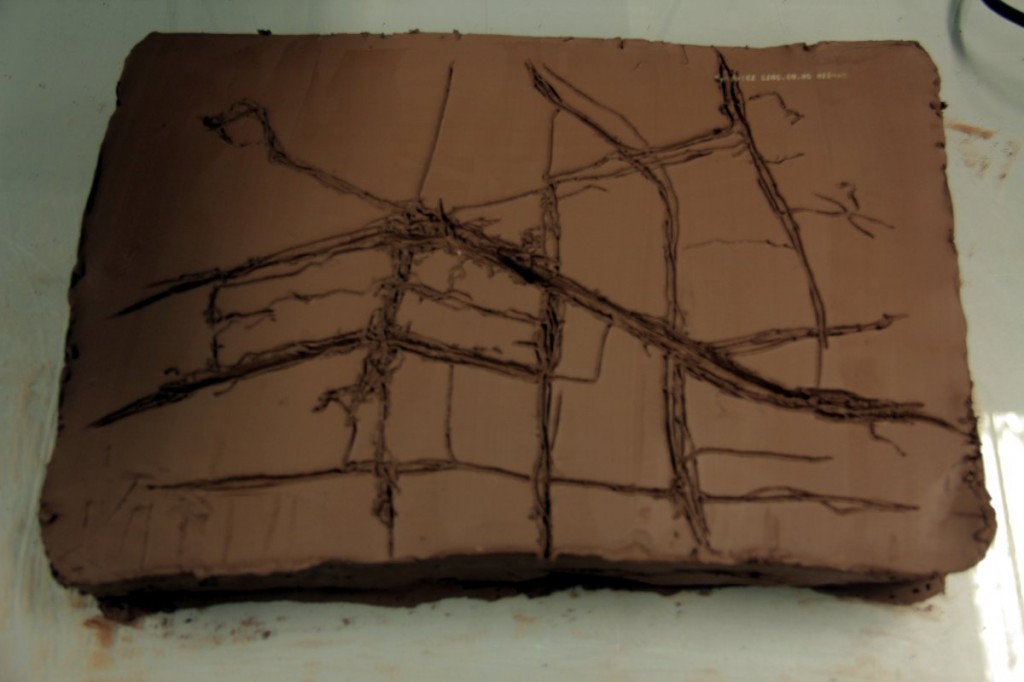 At the end of the first day