My Life as a Birch Forest 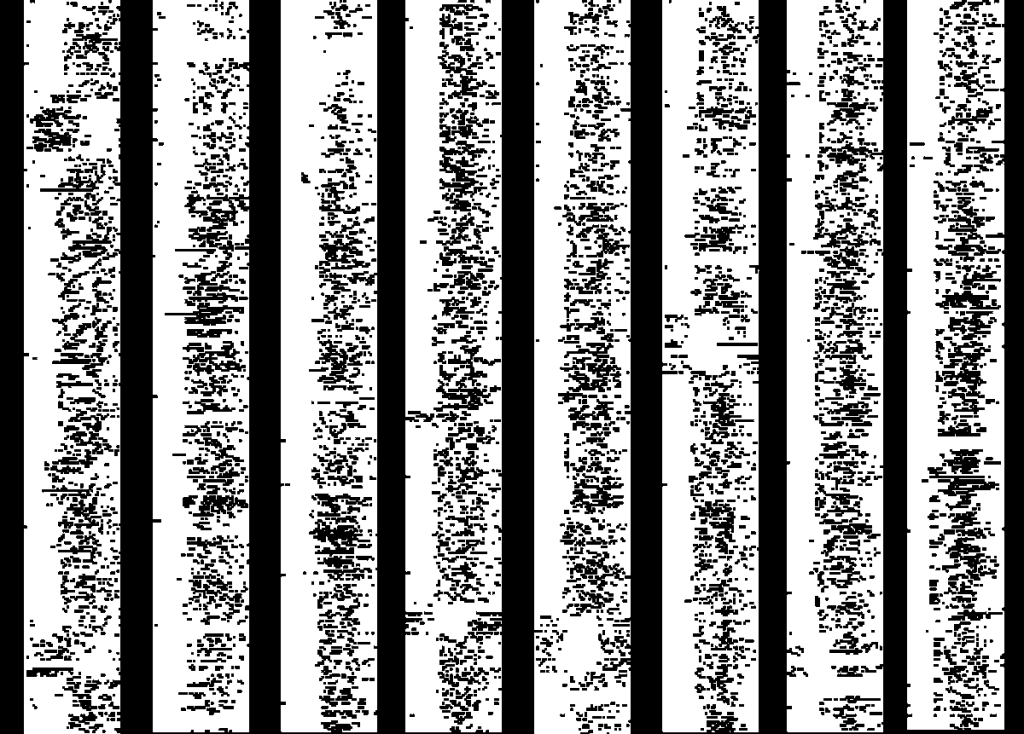 The image above is from the Jacquard Loom series (see here and here), using my python script to read a year’s worth of data from our GPS records and plugging in Peter’s processing script, the strips were produced, showing GPS activity much as in the previous posts.

The birch forest is ordered in the following way: the first strip on the left is 2004 (I started recording all my movements in April 2003 but have left this first incomplete year out of this for the moment), each strip being a year ending at 2011 on the right. January is top and December bottom, each black block is a half-hour period in which I recorded some GPS trace. The left of each ‘trunk’ is midnight.

Trips across the planet to other time zones show up as disruption to the blank strip on the left i.e. I appear to be active during the early hours of the morning as the GPS keeps recording time at UTC (or roughly speaking, GMT). The odd dot on the left are late-night outings that get less frequent after 2005 and the birth of our daughter.

The blank strips that go left to right are failures of data collection of some sort: forgetting to download, missing cable while away, lack of batteries etc.