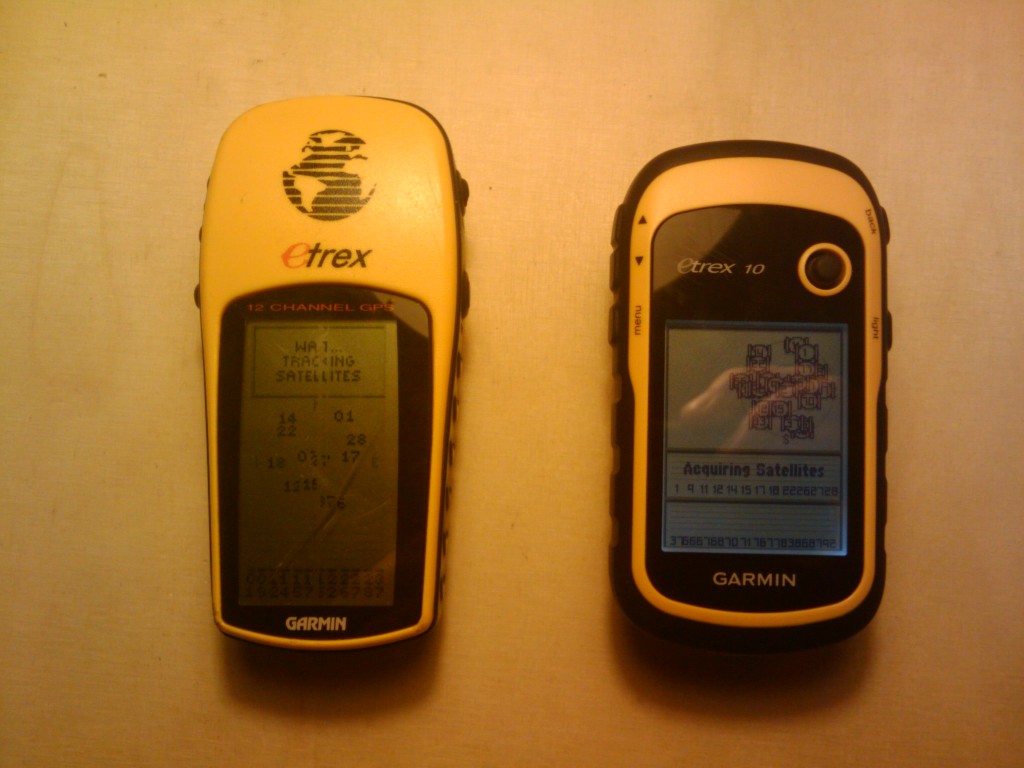 Peter kindly lent me his new Garmin eTrex 10 which he bought to go on his last trip to the States. (I think our practice inspired him to want to record his tracks too, which is nice). I’ve been testing it for a week now and I thought I’d post some reflections about it here.

Being pretty skeptical about modern, supposedly more precise but actually more sensitive GPSs (not always a good thing when you’re interested in the lines you’re drawing like we are), my interest was aroused when I saw that this new GPS can receive the both the conventional US GPS satellites as well as the Russian GLONASS system, giving far more satellites to choose from and hopefully a much more stable set of measurements and perhaps more accurate. 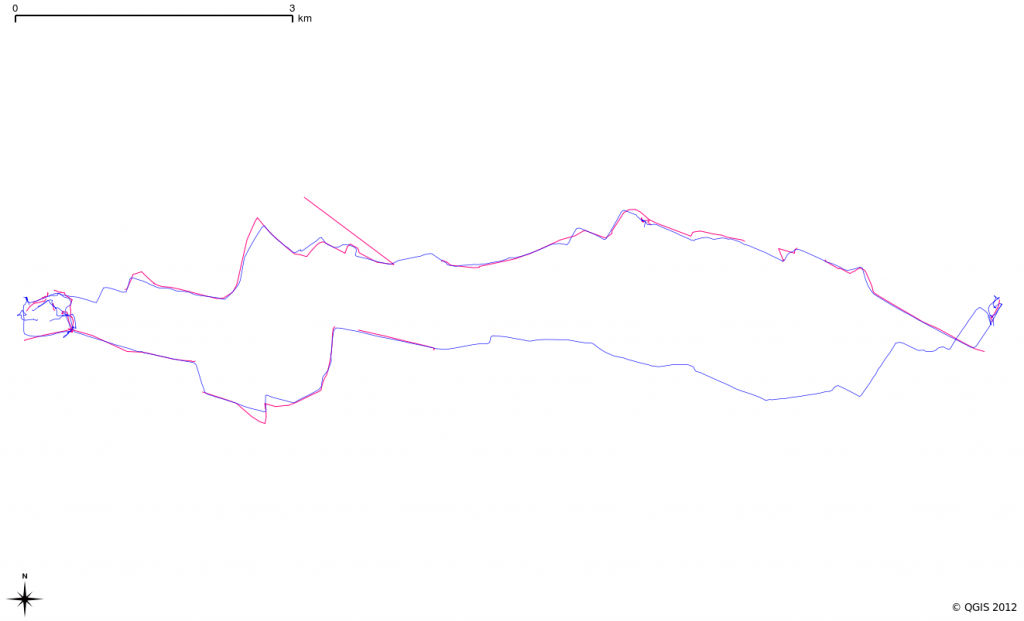 The image above, made using the highly-recommendable (and free and cross-platform and open) QuantumGIS, shows our current eTrex in magenta and the new eTrex 10 in blue. As is obvious, especially in the line to the South, the new GPS is much more stable in terms of having made many more measurements than the old one. The trip back from the studio is hardly recorded at all with the old one (magenta line) but continuous with the new. Also notice some inaccuracies and jumps in the northernmost line which are present in the old but not the new.

Out of all six days I recorded and compared, only once or twice did the old unit seem to perform better. If you click the image above you see that the magenta line goes in and out of the Brandenburg Gate and the blue line doesn’t. I actually had to do this on that night riding back from Mitte as there was some kind of event happening. However, the blue line is more accurate leaving the Brandenburg Gate and the magenta line is quite inaccurate.

Generally, I’m so impressed with this new GPS by Garmin that I’ll suggest to Soph that we buy two for our daily use. As well as the more stable signal, the better accuracy, they seem to have worked on their smoothing algorithms to great effect. A very big plus is that you no longer need a funky serial cable or wacky proprietary software (there were always ways around this though) to get the tracks off the unit. These come with a standard mini USB socket and the unit mounts as an external flash memory when you plug it in. Finally, the piece de resistance, it saves the current tracks, routes and waypoints as GPX so you just navigate to the folder and pull them across. The GPX file is full of useless extensions (of course) but you can strip these (watch this space – that’s the first python script I’ll be writing when I finally buy them).

Thumbs up for the new Etrex 10.