When Joseph and Maria from the Slow Tech group came to see Soph and my GPShow at the end our residency at Ausland (see the news page), they invited us to join them at CryptoParty Berlin‘s next event which was last night.

Only I was able to go but I had a wonderful night, from which I’m still buzzing. I can’t praise this initiative enough: there was a warm, friendly atmosphere of sharing and helping one another, with fantastic, open-hearted moderation by Malte who later taught me everything I now know about gpg. Not only that, but we were sitting for part of the evening next to the very witty Isis, one of the Tor developers, who very generously shared her public key with all of us.

I can’t remember when I last stayed up until the small hours and felt totally wired. The night was so good, I think I’ll go to the next one they have. Check out your local cryptoparty here. It’s so much more than teaching people cryptography.

Oh, and why would you want to send encrypted messages and want to browse anonymously? Ask yourself if you want to carbon copy GCHQ and the NSA on all your emails and send them the details of exactly what you’re watching online. Nothing to hide? Tell that to someone who’s seen a regime change in the country they live in. There’s a few million of them here in former East Germany.

I finally got to upload the animation of the Tempelhofer Feld memorialisation choreography to vimeo today.

Thanks again to the 11 students of the HZT BA Choreography course who made this work with me on that blustery 29 October 2013.

I wonder if we shouldn’t be working to make Tempehlof a Commons.

Memorialisation of Tempelhofer Feld Outcomes I 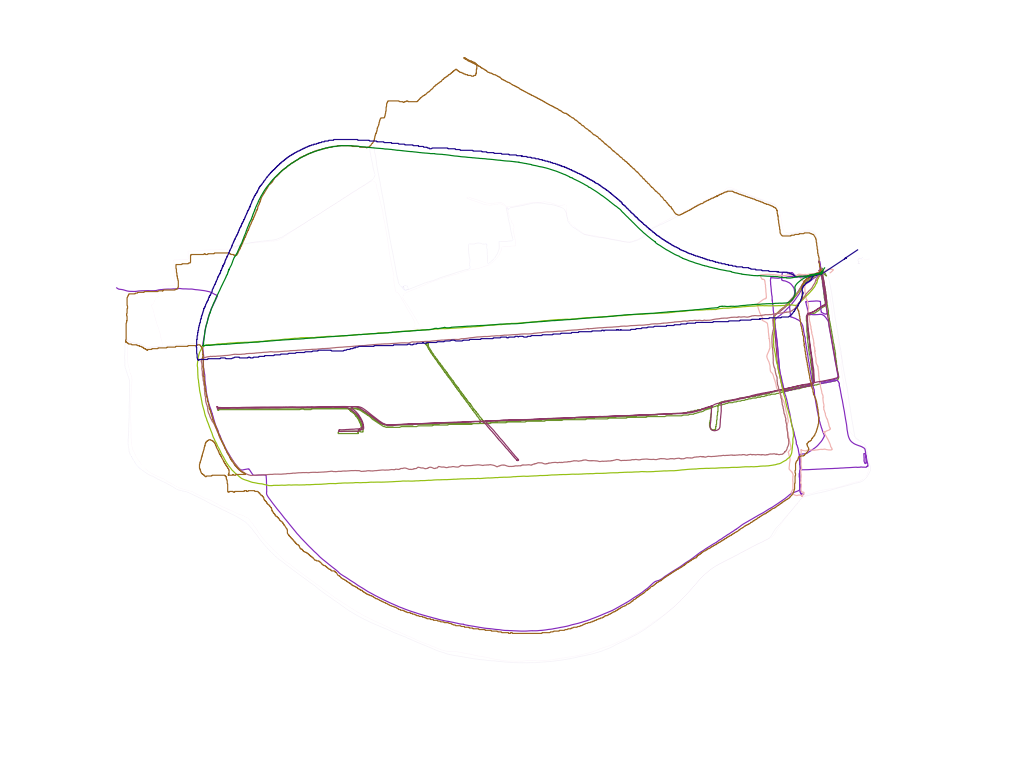 For those of you waiting for the drawing I made together with students from the HZT BA Choreography course during our ‘Choreographing the City’ workshop, here is a preliminary outcome. Each student’s line is a different colour. It was quickly produced using Qgis, importing GPX tracks directly with OGR. I’ll be producing an animation of this using DrawingLife when I get a chance and uploading it to our Vimeo collection.

If you’re reading this as a student of the BA Choreography, I haven’t forgotten that I promised you all unique pen plots of this drawing. I have completed some but on 1/1/2014 we moved into a new studio and this delayed producing the rest. Sorry. I’ll email you all when I have stuff for you.

An amazing thing happened at the dear old BBC lately. (You can tell you’re on to something good when the Daily Mail calls it ‘Drivel!’). They’ve been inviting guests editors onto its daily news magazine, ‘Today’ and the 2 January’s programme was edited by P.J. Harvey.

Listen to it here before it disappears into the BBC archives, never to return.

What an incredible lineup of guests she put together, inviting fantastically articulate journalists, experts and speakers on the usual range of subjects covered by the Today programme but from rarely-heard on Auntie perspectives.

I had that same experience again I once had after watching Chris Morris’s news spoofs and then watching the ‘real’ news – that strange dizzying feeling that everything is constructed, selected, propagandised but we normally don’t notice until someone points out how absurd it all is. But this time the commentary was embedded in the very flesh of the corporation’s body and I listened breathless, waiting for them to pull the plug at any minute. Dave Zirin debunked the Olympics, making a very convincing description of it as the epitome of an ‘athletic industrial complex’. We were told about the British Royal Families’ support of arms exports to oppressive regimes (I always wondered what their real jobs were), dining with the regime’s leaders while its citizens were being brutally suppressed with British-built equipment.

You can hear the nervousness of the Today presenters as they start to realise just how radical Polly Jane’s editorship is and as a listener, you start to glimpse just how massaged, neutered and safe what you unconsciously take to be a neutral news programme usually is.

One spectacular illustration for me of how arrogant the powerful are was the city pundit’s response to a fantastic piece about exposing London’s position as Europe’s central ‘open for all dodgy financial business, no questions asked, full bailout guaranteed’ capital in which she laughingly claims that what the UK public get back for their internationally unprecedented bailout of the banks to the tune of 90% of Britain’s GDP is the capital’s tax revenue. I don’t know if she seriously expects us to forget how much huge multinationals invest in dodging exactly this sort of contribution. I can only think that she can be this arrogant because there is nothing and no-one who will challenge her and the industry she represents.

When I first came to Germany in 2001 and we lived in Prenzlauer Berg, I remember very vividly letting an electrician or plumber in to do something in our kitchen where I had the BBC World Service on. He asked me what I was listening to and when I told him what it was in my basic German, he said “Ah, the BBC – propaganda.” I thought he was being funny at the time. Now I realise how right he was.

You can find a list of PJ Harvey’s contributions to the 2 January Today programme on her official site here.

The Memorialisation of Tempelhofer Feld Before Its Too Late 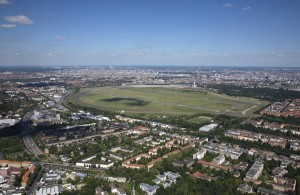 Sophia and I are having a very good time teaching some of the first year BA Dance, Context, Choreography students at the HZT this week and for the next two weeks. We’re leading a workshop we’ve called “Choreographing the City”. Whether you choreograph the city or whether it choreographs you is a point we return to. 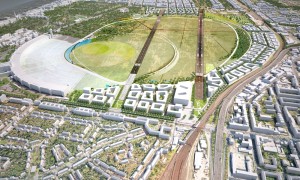 When I proposed a project I’ve been dreaming about for a long time, to make a GPS drawing of Tempelhofer Feld (the former third Berlin airport and now open space) before it gets cut up and built upon, the students were, to my surprise, immediately enthusiastic. This space is extraordinary and unique and in my opinion should remain in its entirety but I fear that a broke city will not be able to turn down the income that building on it will bring (in the short term and much to the impoverishment of the people that use it).

So, armed with bicycles to draw the remaining marks of this historical area in the short gap between its decommissioning as an airport and its partial closure to make more expensive apartments, we will set out on Tuesday, weather permitting, on a surveying-cum-artwork-cum-archeological trip to at least begin to digitally capture an aspect of its wonderfulness.

The citizens campaign to keep all of the Tempelhofer Feld as open, public space (hooray): https://www.thf100.de/start.html
OK, no prizes for web design, but hearts vehemently in the right place.

The official state site, pretending to be neutral (boo): https://www.stadtentwicklung.berlin.de/planen/b-planverfahren/de/fruehbb/tempelhof/

Posted in Diary, GPS, Walking | Tagged Berlin, Choreographing the City, drawing, frequency map, HZT, psychogeography, Teaching | Comments Off on The Memorialisation of Tempelhofer Feld Before Its Too Late